Welcome to our first issue! We are very excited to launch our newsletter again after we have been in stealth mode for quite a while. From now on we will continuously share and inspire you on a bi-monthly basis with insightful information about our company, our products, interesting industry stories, or other valuable stories. 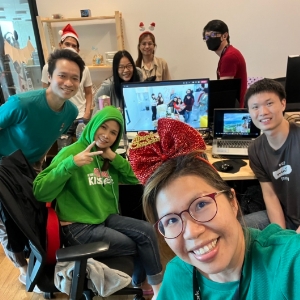 Our history dates back to 1995, when TIK Systems was registered as a legal entity with private investors and Swissair. Our focus was, and still is, on the development of airline and travel solutions.

In 1996, we developed the world’s first mobile sales on board solution, based on one of the first handheld computers. Between 2001 and 2010 we developed and supported the ticketing and agency system for the Swiss Federal Railways. At the end 2003 we helped NOKAIR (Thailand’s low-cost airline) with the implementation of their airline reservation system and established sales channels for banking and convenient store businesses in Thailand.

In 2004 we started development of “tikAERO”, our own airline reservation and ticketing system, PSS. In 2005 we signed our first international carriers in Canada and Myanmar. By 2006 we implemented tikAERO for our first European Airline on the Channel Islands, followed by more deals in many other countries.

In 2009 we entered into a Sales Partnership with Mercator, a Emirates Group subsidiary. A year later Mercator acquired the tikAERO business.

During 2015 we started to help IATA with new industry eCommerce standards. in 2017 we launched our first new cloud-architected modules: “oops.ticketing” and  “oops.gateway“.

During the last few months, we have all been busy with our neutral shopping enhancement based on IATA’s NDC – and named it NDCplus. It is used by our partner company Mobipax for sales-on-board merchandizing, in conjunction with our open retailing platform.

We would like to start this year by sharing some good news: End of 2021, we were honorably awarded “Best Airline Management Solutions Developer – South East Asia“ by AI Business Excellence.

Taking part in the AI Business Excellence Awards competition was to give our team members the opportunity to showcase our product line and to reward them for all the excellent work they have done throughout the year.

For 2022, instead of committing ourselves to the traditional new year resolutions, we prefer to focus more on “Opportunities” by enhancing what we learned last year, allowing us to tailor what we are going to contribute this year.

We hope you had a good and safe start in the new year and we wish you a successful 2022.

All suggestions and feedback are welcomed, if there are any interesting topics you wish us to cover, then please do not hesitate to get back to us.